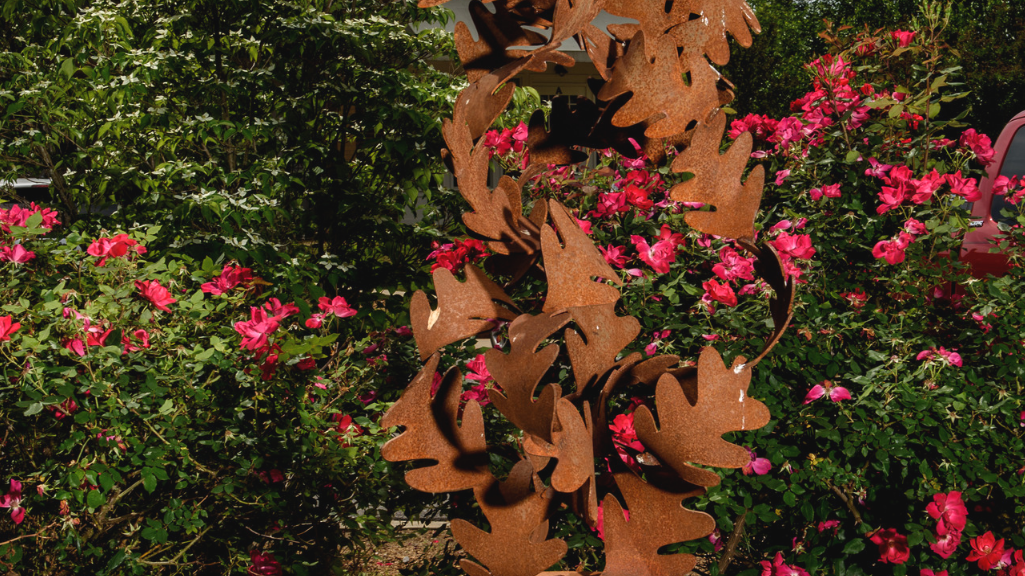 Artist Bio: Bob Doster was born and grew up in Lancaster SC a long time ago. Oldest of six children himself and five younger sisters into a family of high achievers. Bob had his first exposure to art from his grandmother who was a Sunday afternoon painter. Then in his father's sculptural steel shop when he let Bob play with a blow torch at the age of 8, from then on he was hooked with the sculpture bug.

After graduation from high school with a 69.75 average he married and had two children by the age of 19. Clerking for minimum wage wasn't getting it done so with 2000.00 his wife received from a car accident when she was in high school they opened a grocery store. For the next five years he worked 16 hrs. a day 7 days a week to make a success of their business. They sold the store when they parted ways and he returned to college and took his first art class then he knew what he was going to do for the rest of his life.

He worked his way through college, its surprising how much better you do when you are paying your own way.( he started making the dean's list)  Bob went on to get an MFA from Clemson University and a BFA from the University South Carolina. Bob has been hard headed enough to make a living as an artist while living in a small town in South Carolina. His father showed him that he could do business anywhere in the world from Lancaster. Bob followed in his footsteps. His biggest claim to fame is his next door neighbor Charles Duke walked on the moon and he showed Bob how far youcan go if you put your mind to it. Bob has also taught more than 150,000 students aged 4 to 80 as a visiting teaching artist with the SCAC helping students create sculptures for themselves or as a legacy gift for their schools in the two Carolina's.